END_OF_DOCUMENT_TOKEN_TO_BE_REPLACED

Regular visitors to this space are well aware of the political leanings hereabouts, in particular of late, our opposition to the proposed rulemakings put forth by FCC Chairman Michael Powell.

As the debate about media ownership has moved to Congress during the last two months, the tone of the rhetoric has grown increasingly shrill.

That a Guest Blogger may just grace this space with an interesting post about some neato New York events. 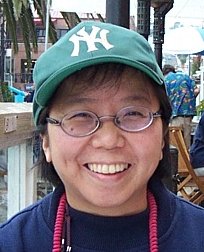 On the domestic front, President Bush is backing into a buzz saw.

The sleeper issue is media giantism. People are beginning to grasp and resent the attempt by the Federal Communications Commission to allow the Four Horsemen of Big Media ó Viacom (CBS, UPN), Disney (ABC), Murdoch's News Corporation (Fox) and G.E. (NBC) ó to gobble up every independent station in sight.

Oh, am I feeling like a dope. I completely misunderstood the news story referred to yesterday. Bush is not going to get with the massive public opinion and get rid of the proposed FCC tomfoolery (Michaelfoolery?).

As his proposed rulemaking gets savaged on all sides, with bi-partisanship that puts the ìpro Iraq warî unanimity to shame, FCC Chairman Michael Powell continues to defend his soon-to-fail proposal.

As reported by Reuters this afternoon, Powell made this laughable claim in a statement released by his office: "We created enforceable rules that reflect the realities of today's media marketplace.

Shed A Tear For Clear Channel

Note: the following was written a few days ago, before the Senate vote rolling back the FCC rulemaking. It has been edited only to reflect the "past tense" regarding the FCC Rulemaking. This has been a very busy week, on any number of fronts.

Bartolo Colon may soon be seen in pinstripes, on his way to the World Series.

Hereís why this is not so outlandish a theory.