END_OF_DOCUMENT_TOKEN_TO_BE_REPLACED

Autumn begins on September 23rd. Thatís the official date. But the end of the Summer, unofficially perceived, and thereby emotionally calculated by events such as Labor Day, the beginning of the school year, and the end of August, is right here, right now.

In some Southern states they begin the K-12 school year in mid- to late-August. To those raised in the NYC metropolitan area, this seems like a major indiscretion, virtually denying and cheating kids out of the end of the Summer.

Should I do a 1.5 hour session on October 5 on Outlining and the Web?

I sent Dave an e-mail saying, among other things:

OF COURSE YOU SHOULD! We might even consider it something of a, er, "think tank" or even "more" than that!

The e-mail went on to say:

You often write about the outline as an initial step to composing entries. 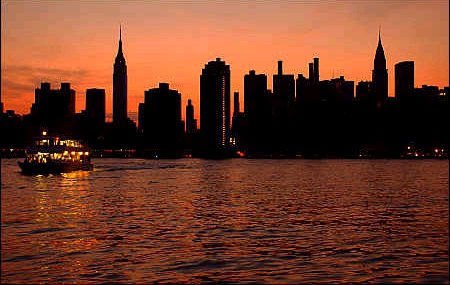 Regular readers of the NY Times Op-Ed page will be familiar with columnist Maureen Dowd. She had a savage wit, a mighty pen (keyboard?) and takes on all comers.

Why no update since Thursday? Well, there's this Norton Firewall program, which I was giving a test run. Don't really like it. Decided to turn it off.

Please read the following, which came via e-mail today from MediaReform.net:

Because millions of Americans took the time to petition their
legislators and the FCC, Congress is now on the brink of overturning the media ownership rule changes.

The FCC decision was a blatant power grab by media industry lobbyists and their pro-business Washington allies.